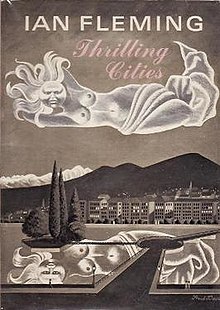 Best Fiction Books Based on Gambling

Bertram, a conspicuously unsuccessful assistant accountant, was not superstitious with no belief in luck. He was planning to get married for the second time: Maida Hill, St Luke’s, and then Bournemouth for two weeks. However, the director of Bertram’s firm, Dreuther, whimsically switches his wedding and honeymoon to Monte Carlo. As a result, Bertram visits the Casino and loses inevitably. Then his system starts working suddenly …

Enjoy James Bond’s creator on an adventure-charged visit to some of the most exotic, exciting, and sinful cities in the world. Ian Fleming visits these following cities:

This book is introduced by James Bond: “Charming, sophisticated, handsome, chillingly ruthless and licensed to kill. This, the first of Ian Fleming’s tales of secret agent 007, finds Bond on a mission to neutralize a lethal, high-rolling Russian operative called simply “le Chiffre” — by ruining him at the Baccarat table and forcing his Soviet spymasters to “retire” him. It seems that lady luck is taken with 007 — le Chiffre has hit a losing streak. But some people just refuse to play by the rules, and Bond’s attraction to a beautiful female agent leads him to disaster and an unexpected savior…”

‘For several minutes he stood speechless, his eyes dazzled by the terrible beauty of the greatest weapon on earth’

He is a self-made millionaire, the Moonraker rocket programme’s head who is loved by the press. But why is Sir Hugo Drax cheating at cards? In this third 007 adventure written by Ian Fleming, Bond has only 5 days to uncover the truth behind a national hero.