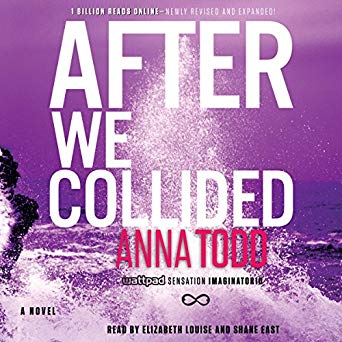 The Upcoming ‘After’ Sequel, ‘After We Collided’

After the success of the Hollywood movie After, a Harry Styles-inspired flick hit theaters back in April, Anna Todd has decided to release the next part of the film, named After We Collided, in 2020 or 2021.

The plot of After is about a newly graduated girl name Tessa Young (by Josephine Langford) who goes to college and decides to stay in a dorm. There Tessa Young meets new friends among which she bonds with a guy named Hardin Scott (by Hero Fiennes-Tiffin). Furthermore, Tessa Young and Hardin Scott start developing feeling for each other.

Surely, in After, Hardin and Tessa’s love story isn’t finished just yet — and we cannot wait to see what happens next! As fans know, the first film was based off a widely popular One Direction fan fiction written by Anna Todd. The story started off on Wattpad, but after getting millions of views, it was published into a five-part book series.

So when will the second movie After We Collided hit theaters? Will the original cast all return for the sequel and will there be any new stars?

Who’s going to star in ‘After We Collided?’

Josephine Langford and Hero Fiennes-Tiffin are confirmed to return.

The movie’s leads, Tessa (Josephine Langford) and Hardin (Hero Fiennes-Tiffin), will definitely be in the sequel.

When is ‘After We Collided’ coming out?

We unfortunately don’t have a release date yet, but we hope they announce something soon!

Have they filmed ‘After We Collided’ yet?

We have the best news ever! On September 18, 2019, the cast revealed that filming for the sequel had officially finished.

While they were filming the flick, the cast uploaded a few behind-the-scenes pictures. And every time they did, it got us even more pumped. Take this one, for example:

The producers gave fans a pretty awesome Christmas present on December 24, 2019, when they shared this adorable clip of Hardin and Tessa posing with Santa!