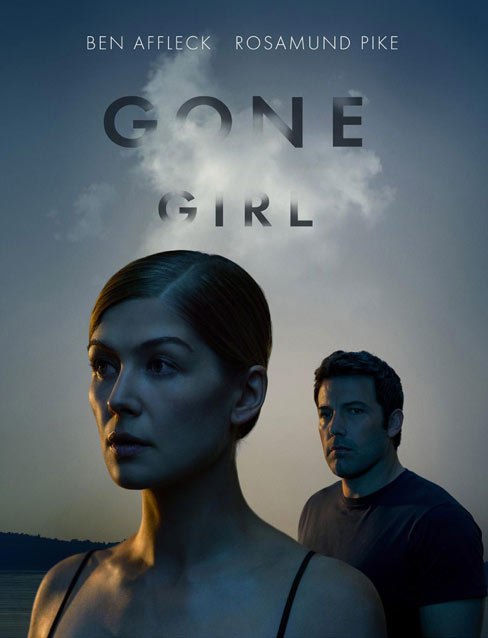 The shockingly good film version of Gone Girl is the perfect date-night movie of the decade for couples dreaming of destroying each another. Gone Girl is a film of its cultural moment when divorce won’t cut it if there are options for aggravated assault. In the toxic marriage of Nick Dunne (by Ben Affleck) and Amy Elliott (by Rosamund Pike), both partners are equal-opportunity cheats and liars. Arguments between the sexes are also going to be heated.

In Gillian Flynn’s 2012 bestseller, she made wicked sport of marriage in the new millennium. Working from a script by Flynn herself, director David Fincher (Fight Club, The Girl With the Dragon Tattoo, Seven) goes right for the jugular. No one can do moral rot like Fincher. Additional, with Affleck and Pike around to put a beautiful face on Mr. and Mrs. Wrong, the stage is set for fun stinging like a muthafucker.

Nick is a New York journalist who is jobbed out by the economy and forced to back home in Missouri, where he opens a bar with his twin sister, Margo, and goes to seed. Amy, Nick’s socialite wife, is a trust-fund baby, also out of a writing career and way out of place in the Midwest.

Flynn structured her book as the starting on the day of the Dunne couple’ fifth anniversary. It is also the day Amy disappears with signs of a bloody struggle at home, and Nick becomes a person of interest in the suspected murder of his wife.

Gone Girl is a movie inferno with combustible performances and has the impact of a hitting home in every scary, suspenseful particular. It gives us a portrait of two vipers who spit venom at each other across the landscape of a morally bankrupt America. Even with Flynn’s incinerating wit and Fincher’s unflinching gaze, shards of humanity remain. It’s not a pretty picture with hards in which we might even see ourselves.