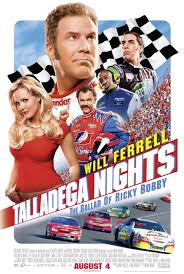 The best racing car movies of all time (part 1)

What’s the best racing car movie of all time? It’s a difficult question, that’s for sure because there are plenty of racing movies to choose from.

With the release of Le Mans ’66 in UK cinemas tomorrow (Friday 15th November), however, it seems like a perfect opportunity to look at motorsport on the big screen and decide on a few favorites.

We won’t say which one is best, but we’re confident every movie here deserves a place on our list – wouldn’t you agree? Let the arguments begin…

Directed by Ron Howard and starring Chris Hemsworth and Daniel Brühl, Rush tells the tale of one of the grittiest rivalries in motorsport – that of James Hunt and Niki Lauda. Both drivers rose up through the junior ranks before breaking onto the big stage in the early 1970s. Their animosity towards each other pushed them both to extremes, contributing not only to their success but also their failures – Hunt fell into the world of drugs and alcohol, while Lauda’s insatiable appetite for winning arguably resulted in his near-fatal accident at the Nürburgring in 1976. If you’re a fan of Formula 1, you need to watch Rush.

Directed by Adam McKay, whose directorial debut was the incredible Anchorman: The Legend of Ron Burgundy, comedy sensation Talladega Nights illustrates the life of a fast but perpetually confused fictional NASCAR driver named Ricky Bobby, as played by Will Ferrell. Filmed at tracks across North Carolina, including Charlotte Speedway and Talladega Superspeedway, Bobby is a NASCAR legend with the world at his feet who faces a new rival, Jean Girard. Making the switch from Formula 1 to NASCAR, Girard, played by Sacha Baron Cohen, is intent on making Bobby’s life as difficult as possible. It’s a dramatic tale that features more NASCAR clichés than you can shake a stick at. Interestingly there are some real NASCAR drivers in the movie, too, including Dale Earnhardt Jr. and Jamie McMurray.