Ever wondered how many books or novels have sold over 1 million copies, according to Wikipedia there are nine books that have been purchased by one million readers. So, it might be a challenging list to make, guess the titles now and then continue reading to see how correct your predictions are.

The nine best -selling books of all times include both novels, books in different languages and textbooks. It also depends on the source used to determine the best-selling book of all times as the Guinness World Records of 1995 indicates that an estimated 5 billion copies of the Bible have been sold, in which case it would be the number one selling book of all times. There are also several other books that appear on the best sellers of all times list, yet unfortunately, there are no reliable sales figures, these include classic tales such as Charles Dickens’ A Christmas Carol or Alexandre Dumas’ “The Count of Monte Cristo”. There are also a few other titles one would imagine belonging on the best-selling list, but again there are no documented sales figures to work with when it comes to the Land of Oz and several others.

The list of best-selling books is based on recorded sales figures and therefore exclude classics such as Little Red Riding Hood, a book that has a printed volume of 6.5 billion copies. All political nature, philosophical, ideological and religious books are excluded from the list of best sellers.

By selling well over 500 million copies across the globe, J.R. Rowling’s Harry Potter series dominates both the best-selling series of books as well as individual book sales. Number one on the list of individual novels are The Lord of the Rings, which was published in 1954 in English and to date have sold well over 150 million copies.

In the second place is the fiction novel by Antoine de Saint-Exupery published in French titled Le Petit Prince first published in 1943, that have sold over 140 million copies. 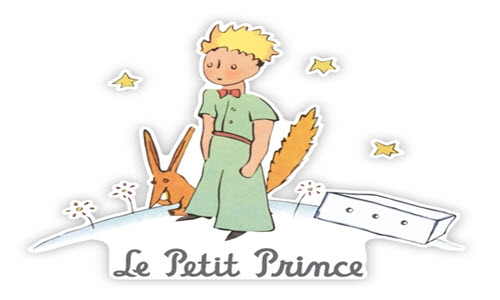 Harry Potter and the Philosopher’s Stone is another all-time favourite written by J.K Rowling, published in 1997 this fantasy fiction novel takes the third spot on the list and have since sold well over 120 million copies.

J.R.R. Tolkien’s The Hobbit was first published in 1937 in English and have sold well over 100 million copies. Tolkien is also the only author that have written two fantasy fiction novels that both feature on the best-selling books of all times. Both books continue to inspire films, video games and television series and therefore the quoted sales figures continue to increase all the time. Anyone that have watched the films or read the novels knows that the term “Tolkienology” has earned its place in the fan dictionary.