A Spark of Light Review

Jodi Picoult understands that those that are meticulously researched are the ingredients needed for a bestseller. Combining ingredients that are taken from the headlines, those that shatter the normalcy for everyday people, but combine extra layers and curveballs blend perfectly towards that goal. 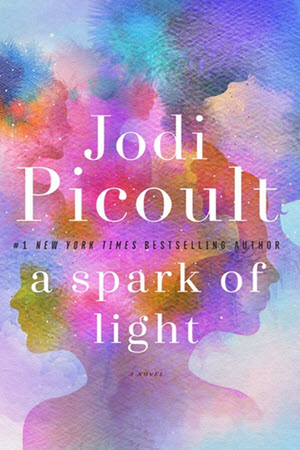 Picoult is the queen of fiction, and she sticks to what she knows best; a recipe that creates intrigue and is a hot topic, in this case, that is abortion. As with many women’s reality, the book focuses on one women’s clinic that offers abortions. The clinic is fictional and is accustomed to having to be on guard against those disturbed who feel abortion is against God’s plan.

The main character, George Goddard is hell-bent on exacting revenge for the abortion the clinic performed on his daughter. Goddard attacks the clinic with gunfire killing and injuries multiple people. The supporting characters are designed to represent the many facets and faces of those that seek out abortion. This includes an African American doctor who performs the abortions to the anti-abortion activist who attends the clinic in hopes of uncovering some sinister information to support their cause. Picoult manages to blend a variety of characters perfectly together based on the crisis each is faced with.

Main Premise of the Book

The main focus of the book is on the relationship between George Goddard and his daughter, and the reasons why he attacked the clinic. As the book delves into that relationship, outside law enforcement are on hand doing all they can to bring an end to the carnage Goddard has created. The negotiator’s position intensifies when he discovers that his oldest sister is at the clinic with his own daughter, who was there for an abortion, one he was unaware of.

There are other stories that unfold as the story progresses such as a teenage girl who purchased drugs online to abort an unwanted pregnancy and the legal consequences that follow. Picoult delves into legal and social aspects about abortion becoming legal and how that relates to women’s rights in Mississippi and why those laws caused women to go to such lengths are purchasing drugs online.

The main issue of the book is the debate on abortion, only Picoult chose to address it in a manner that causes people to think, versus react. It furthermore touches on racism and gun violence. The fact that many women will wait longer to get an abortion than they would a gun license is the real issue and one that is well represented.

It brings people to question the legitimacy of a fetus and whether it represents human life, or if it even is life if not yet born. It addresses the difficult questions that women must face before and after an abortion, and for many, they are questions designed to generate conversation on a subject many consider unwelcomed. “A Spark of Light” is one of Picoult’s best and she is fearless in her pursuit of addressing abortion and ultimately, women’s rights.